I just read these:

The issues were funded one at a time through Kickstarter. I missed all of those (One, Two, Three). But my guy at The 8th Dimension Comic Store hooked me up. I waited til I had all three to dive in. Glad I did.

The story is good and the art ranges from alright to Alright! There are a couple of grand conspiracies running, some people on the run, a few life-changing discoveries, well thought out aliens, pirates, struggling colonies, megacorps, a cantina. The works!

The one complaint I have is there are a fair few typos. It’s not a deal-breaker, just annoying.

They’d make a good setting for any hard-ish SF game. I’d go with Machinations of the Space Princess myself.

You can find the comix on the webshop for Shannon Lentz. Or, you know, go see Nick.

Feast on this triptych!

Twilight: 2000, Cyberpunk and High Colonies were among my favourite games of the ’80s and early ’90s. I never got around to layering them together in any formal way. But I sometimes — even now — fever dream about what could have been.

Then I watch Outland.

It was dystopias as far as the eye could see: 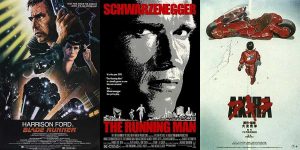 It seems the stress of the Cold War-ending Reagan era was a sweet-spot match with the (more or less) single generation distance of that future date. Not so near it’s not believable, but close enough to still cause anxiety.

The post-apocalyptic — notwithstanding The Day After and Threads — was not what it had been in its Golden Age of the ’70s. There was going to be a future after all. Sadly it would be less than ideal.

They now (well, a year and change from now they will) make four groups each of five bipedal dinosaur-men. Witness the majesty:

The top and bottom groups are from Bones 4. The middle two are from the latest funding frenzy.

These figs can — of course — be played horizontally from the above image, as a group appropriate to whatever era you’re murderhobo-ing around in. But what’s also cool is that you could play them vertically, as a kind of Temporal Fugue (or maybe more like a Dimensional-, Multiversal- or Planar Fugue) character per Metamorphosis Alpha:

“Temporal Fugue: A mutant’s ability to make perfect replicas of himself by shunting back and forth in the time stream (never staying). The mutant is able to make 1-10 doubles of himself per week that will last 5 full turns or until death. For each double killed in battle the mutant must rest after the battle for 1 week. All doubles appear together but each will fight as an individual with no real coordinated attack plan. It is up to the referee to decide how many can be produced in a day’s time without exceeding the limitation. Example: It could take 10 seconds to produce one copy, but the player would not be able to produce another copy for 18 hours thereafter. The referee can check for each game week to determine how many copies can be produced in that period, basing it on a 1 to 10.”

The character can (again, per MetAl) generate copies of himself from across the Meta-/Quantum-/Blah-blah-verse. So for example (to date), Blacktooth Suppressor Rex will be able to produce three additional versions of himself (Blacktooth Samurai Rex, Blacktooth Paladin Rex and Blacktooth Savage Rex) to fight in the game for, say, dx turns each.

Another way they can be played vertically is as a Timeslide (or again, Dimensionslide, etc.) character. Blacktooth Suppressor Rex doesn’t bring Blacktooth Samurai Rex to himself as a separate version (i.e., another model on the table). Instead the two shunt around, the former becoming the latter, and you swap out the figures. This could come in handy when Rex needs two katanas instead of a blaster.

You can drive home the idea all the models of each dino are multiversally the same being by painting all their skin, eyes, teeth and claws the same. Likewise their clothing and armour can be done in a common theme, red for Blacktooth, blue for Thunderfoot, orange for Skywing, purple for Bloodcrest, etc. (Totally don’t think of 80s/90s TMNT when you do this.) [Oh OK here’s the fifth: Armorback. Colour TBD (Edit: April says YELLOW!).]

Now if anybody at Reaper sees this, I’d really like — between the top two rows — a Pirate or Pulp or Steampunk dino group (heavy on the Pirate). Right in the middle there I want Renaissance types with floppy hats and puffy pants, like Conquistadors (morion helmets) or Landsknechts (those shirts). And between the bottom two rows, Arabian Nights or maybe Ancient Egyptians?

Ideally I’ll end up with seven settings represented. ‘Cause then I can roll a d6 for era when playing them Timeslide-style.

All in all, well played Reaper! 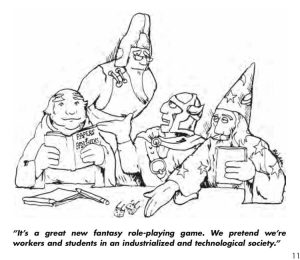 THE YOUNG and THE OLD. 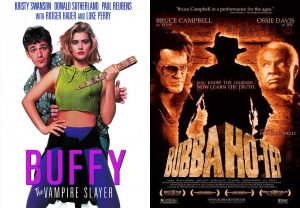 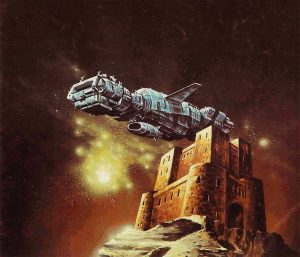 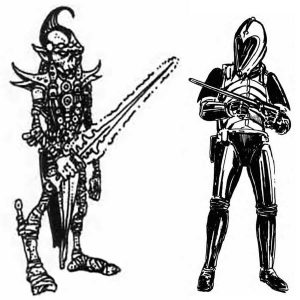 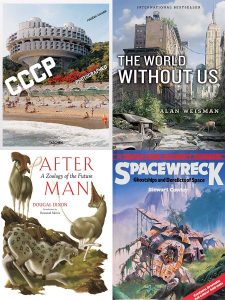 One epoch or two?

I’ve made some headway in my ongoing mission to get into a Spaceport Bar Brawl. But first, let’s talk about the fantasy fights I’ve found.

White Dwarf — bless ’em — have been particularly keen. They published four from Feb ’79 to July ’98. 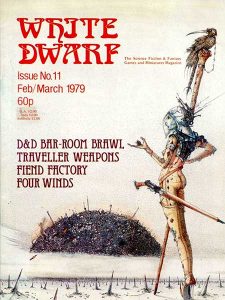 Then one for Second Age RuneQuest: 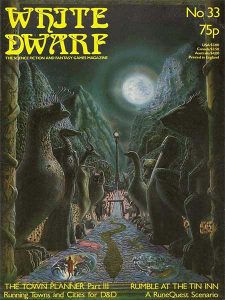 Rumble at the Tin Inn, by Michael Cule (p18)

Then, of course, Warhammer Fantasy Roleplay: 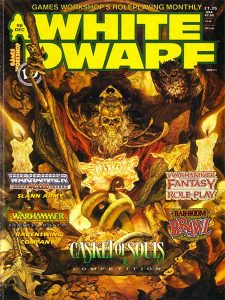 Mayhem at the Mermaid, by Matt Connell and Jim Bambra (p19) 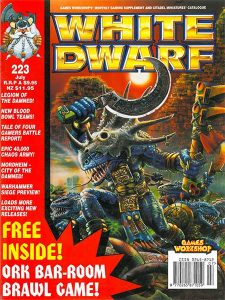 It’s got a hybrid Gorkamorka, Blood Bowl, Rogue Trader vibe, in that it’s the closest I’ve found to a SF bar fight.

There’s some great stuff for Brewhouse Bash! on BoardGameGeek, here. And there’s a print-and-play version of the rules out there in the wild somewhere. I found it fairly quickly so it shouldn’t take you too long. 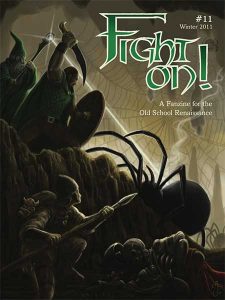 Before playing the Bust-up you’ll want to straighten out a few things. First, you’ll have to renumber Yvan the Kazzak‘s description text to 20.

Then you’ll need to write up characters 18 — Zogias the Meeker — and 19 — Pleb the Meekest — (and 19a, his Werewolf! alter-ego). I assume from their names they’re also disciples of Saint Cuthbert the Tedious.

I’m a bit disappointed neither Dragon nor Dungeon did one. Then again, neither did any of the Judges Guild mags, Imagine, JTAS or Challenge, that I know of. [If I’m wrong, send me info through the Contact page and I’ll update.]

But take a look at this, for the Sutherland illo if for no other reason:

Continuing the 41-year cycle, what’s next?: 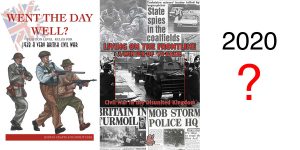 Something along the lines of this: 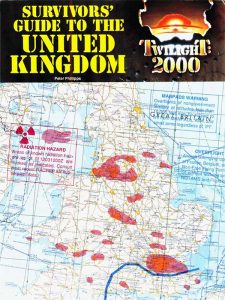 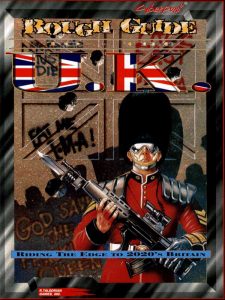 Though I guess if you want to be cautious you could go out to 2061 instead. But then, aren’t you just playing Judge Dredd? [Editor’s note: That is also awesome.] 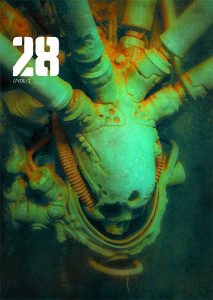 I owe Tabletop Minions thanks for putting me onto it. He’s cool too and you should check him out as well.