Back The Starship Warden Kickstarter

[But you’ve less than a week.]

Per my earlier post — HERE — I’ve given quite a bit of thought to the Starship Warden as a relict and derelict megadungeon in space, a megalict if you will.

In Rogue Trader terms the Warden — given its size — falls somewhere along the lines of a Craftworld or a Space Hulk. It’s also essentially a Hive City in space. WARBAND! (with Space-Age Sorcery and Misty Isles of the Eld, obvs) is the perfect vehicle to get that old 40Kaos aboard the Warden. [And they’re putting The Wren Adventure (scroll down to the $20,000 Stretch Reward) in the book, so magic might materialize!]

And I’ve run games of X-plorers where the party of starfaring adventurers find and board a version of the ship. Turns out scenes like this: 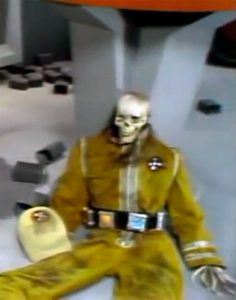 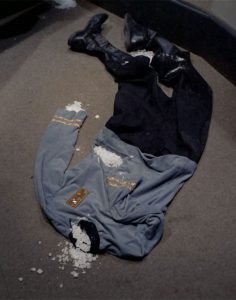 … are as distressing to high-tech scientists and scoundrels as they are to ignorant hunter-gatherers.

Anyway, as I said, I’ve done a lot of thinking, writing and playing on the Warden. Lately I returned to this piece of work which I’d let lapse: 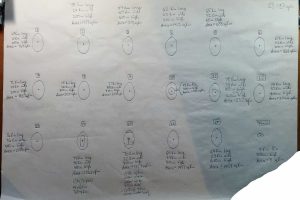 I was detailing the ship’s layouts and plans as expanded upon by the terrific Goodman Games Metamorphosis Alpha material. I’ve been playing Mutants and Death Ray Guns — my goto space-poc skirmish rules — using the Warden as the setting and thinking about it more and more as a starlost Necromunda.

Now it looks like I won’t have to map it all myself because these guys are doing it for me. Nice!

Another foray into roleplaying with the ship has been percolating in my brain lately as well. I want to anchor Alpha Blue in a fixed position near the Warden, kind of like this [just replace the wormhole with the megalict and DS9 with the sexy space station]:

And now that The Starship Warden is including The Goya Adventure (scroll about halfway down, to the spaceship picture), why not go for it?

Madness-in-a-can is also a great setting for Encounter Critical.