What a time to be alive!

Something I’ve wondered about off and on for years is why nobody was making figs inspired by classic art. There are a lot — tons really — of minis out there of this or that TV or film character. And a fair few of daring heroes and cruel villains from books and comics. But nobody was mining manuscripts or pillaging paintings for ideas. Until finally …

Antediluvian Miniatures has a terrific range of demons pulled from the pages of manuscripts and woodcuts.

Skull & Crown’s Triumph of Death is a marvellous line of skeletons taken from medieval and renaissance books and prints. 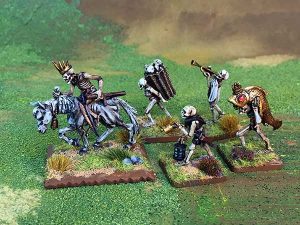 Skull & Crown’s Killer Rabbits are a wonderful warren of malevolent bunnies modelled after medieval marginalia. Seriously, it was a weird scene. Check it out. 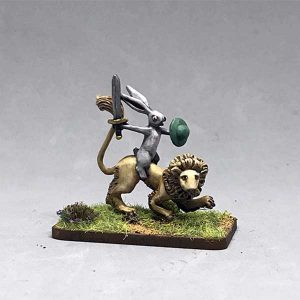 And last but sooo not least, Old School Miniatures has a great range of rabbits and other marginalia minis. I mean …

So yes, I’m thankful for these magnificent Medieval minions.

[Edit: I should mention Hereditary and Paimon. Do it!]